Even outside of the Academy, there are people who truly believe “postac” and “failed academic” are synonyms. For those postacs who believe that (and it’s a persistently pernicious belief to try and overcome), there still must be a sense that being a “failed” academic is more worthwhile than continuing the struggle to find success inside the Academy. I’ve been wondering lately, though, did I fail? My answer is ‘no,’ but I still wonder why we have to ask.

In raw economic terms, quitting the adjuncting racket is much more like quitting food service. The economic numbers for adjuncts are awful. The living situation is often just as precarious as in food service. (Given student debt accumulated in graduate school, it can sometimes be worse.) We don’t talk about failed waiters because we understand the economics of it. If you get out of waiting tables, the assumption is that you’ll be moving up in the world. (But treat your servers well!)

Writers are just as prone to socio-economic struggles as waiters. They don’t call ‘em “starving artists” for nothing. But there’s still an idea that you can fail at being a writer in a way we’d be reluctant to ascribe failure at waiting tables. Caveat: I grew up in a restaurant. I understand that it’s possible to be really, really bad at waiting tables. (There’s a reason I always worked in the kitchen.) We just don’t usually decide those people are failures. The difference, I think, is in ambition. Unless you’re aiming to become a master sommelier, taking people’s orders doesn’t require ambition, just endless tolerance of human shortcomings.

Being a writer—or becoming a college professor—does require ambition. To do so is to seek status, to angle for a space in the cultural field that sets you apart. Because success brings (perceived) privileges, failure matters. Being an especially good waiter does not get you much more than (hopefully) good tips. Being an especially good writer or scholar or professor does. Those are avenues to become something bigger than you once were. Ambition raises the stakes; the more success matters, the more failure matters.

I’m lucky. I don’t have to deal with the extra raft of anxieties that go with leaving while ABD. I succeeded at graduate school, more or less. I suffered a few disparaging comments about my knowledge of musical works in the wake of my comprehensives, but those didn’t bother me. I got on well with my colleagues and enjoyed being on both sides of the classroom. Most importantly, I wrote a big stonking pile about new music in New York in the 1970s and got four professors to sign off on it. I earned the right to be called Doctor Plocher (and to make “not that kind of doctor” jokes).

By the metric of meeting ambition, though, I certainly failed.  I did not go on to rock the musicology world with my ideas about music and sociology. I did not get tenure at a tier one research university nor an Ivy nor a SLAC nor even a regional directional university. I did not, in fact, get a tenure-track job at all. I gave up on adjuncting before it could devour me. (Grad school did enough of that.) If the goal was to become a tenured scholar (and it was), I failed.

I can’t help coming back around to the question of the waiter, though. Goals change. More importantly, needs change. A starving artist might happily starve herself, but decide that her new significant other is worth making stability with. Most people have different needs at 35 than they did at 25. People switch careers. Frequently. In most cases, they get to do so without being labeled failures. There’s a lesson for postacs in that. We don’t have to carry our labels out of the Academy with us. 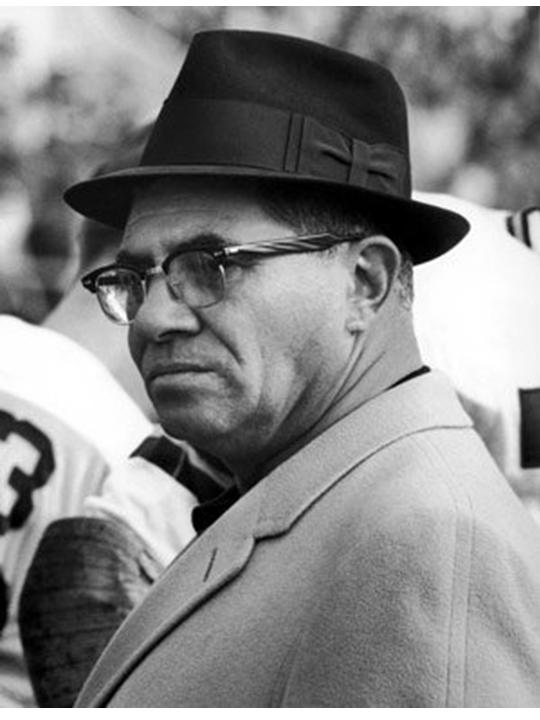 This gentleman had nothing nice to say about quitters.

A caveat: What follows is a messier intersection of thoughts on writing and thoughts on postac than I usually feature here. Since making a tacit commitment to be more upfront with my thoughts on #postac a few weeks ago, my posts have generally stuck with writing or postac. This one is both. It might be a miraculous chocolate plus peanut butter moment. It might just be as opaque as the title.

Technically, I didn’t quit. Sometimes I remind myself of that as a bit of self-boosterism: I finished my damn doctorate. I earned that title. Sometimes it’s self-castigation: why didn’t I just quit when I finished my coursework and school stopped being fun? I’d be several years farther down the road to whatever “what’s next” I’m currently fumbling toward. But I didn’t quit. I finished.

I’ve been a quitter twice. In high school, I quit the track team for a few weeks my junior year of high school. Abruptly. I was freaking out about my solo for district solo and ensemble and generally being an overstressed, depressed teenager. (I went back before the season was done after profuse apologies to the coaches.) The second time was a similar whirlpool of overcommitment and depression, and came my freshman year of college. After a ridiculously easy fall semester, spring semester turned out to be, well, college. I was still trying to treat it like high school, where I’d done everything. By February, I had simply run out of time and energy. I quit the school weekly and scaled back my participation in several of the organizations I was part of. That time, I didn’t go back. I had been doing too much. Quitting was the right call.

Even a year out from my decision, I’m not sure whether my departure from the Academy counts as quitting. In some ways, it feels like I just never properly started. I spent one year seriously pursuing the job market. When the time came to fish or cut bait with the secondary market in the spring, I cut bait. That doesn’t negate the adjunct jobs I had while ABD, but the decision to leave is still one I’ll only ever be 95% sure about. Maybe the secondary market would have been the kind of stepping stone it’s marketed as…but that’s a skinny maybe.

Quitting has been on my mind because I’m a little terrified of doing it again. I have two thirds of a novel written. I’m a few pieces of plot from being able to write the rest of it. This is an easy place to quit, a point where rationalizations come quickly. I hit a similar point with my dissertation. I hit it with just about every academic paper I ever wrote: “I know how it goes. I could finish it if I want to.”

That “if” works better as the German “wenn,” which has a bit of “if” and a bit of “whenever.” I could finish whenever I wanted to, you know, if I wanted to, and if I had the time. It would be automatic. With academic papers, I resented having to actually write out the remaining parts once I had figured out the line of the argument and structure of the paper. With my dissertation, I felt like most of the work had been done and the only reason there was still stuff left to do was that I’d picked a project that was too big. In both cases, the problem is that the exciting bit is done. What’s left is mostly work. I’d have the feeling that I had proven to myself that I could do what I set out to do and the rest was just window dressing. Window dressing is trivial. Something you take care of “whenever.” If you want to. Like washing the last few dishes.

And this “whenever” is where I am at with my novel, only I have not been able to make the time lately. Part of that is the stickiness of the last two plot bits. More relates to a string of work and family obligations. I’m working five days a week. With responsibility for lesson plans and assessments, I use my planning/conference period for…work. There was a wedding. There was the Baha’i month of fasting. The “whenever” has seemed much more like “if.”

Combine that with the pseudo-accomplishment of being “mostly” done, and quitting starts to look easy. A novel isn’t like an academic paper, either. I don’t get to just hand it off and stop thinking about it. It will need the unflinching eye of an editor. It will need revision. It will need, eventually, publishing and promotion. No matter how mostly done I am, that is still work, and work fraught with chances for rejection. I like my draft a lot. There are problems with it, some of which I recognize. There will be others that I don’t and will happily fix. There will be still others, though, that are in the troublesome category of things-I-think-are-cool-and-how-could-you-possibly-call-that-a-problem.

When I hit this point with my dissertation, I had already turned the corner from “make it awesome” to “get the committee to sign.” (That was a kind of quitting in itself, but I haven’t met many PhDs who haven’t made that capitulation at some point late in the dissertating process.) I also had a quirk of scheduling that gave me the two months before my defense “off,” which allowed me to focus on loose ends.

My hope is that I don’t get similar time off this go-round. There’s no substitute teaching work in the summer, but I expect to have at least a medium-term plan in operation by then. I’d rather have income than open-ended time to write. (Never mind that I’d rather have income from writing, and never mind that the summer will involve full time parenting if I’m not working.) What I am working on instead is carving out the time around my other obligations, trying to push Ghosts of the Old City toward completion.

Quitting would be easy. If nothing else, though, graduate school proved that I’m bad at quitting…or maybe just bad at easy.